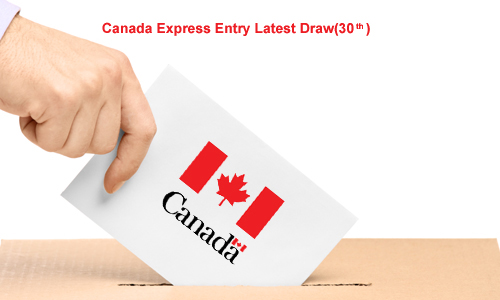 During the Canada Express Entry latest Draw (30th Draw), which was conducted on 23rd March, about 1014 applications received ITA with a cut-off score being 470 points. Applicants who scored 470 points and above under the Comprehensive Ranking System (CRS) were issued with an Invitation to Apply for Canada PR by CIC.