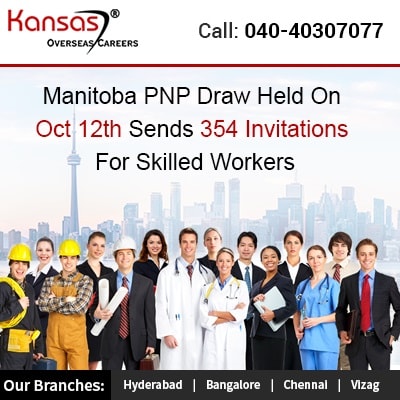 The Candidates belonging to both Skilled Worker Overseas stream as well as a Skilled Worker in Manitoba get awarded with a score depending upon the answer given by them while the completing their Expression of Interest (EOI) profile. This is an essential first step for all those candidates who would wish to be considered for Manitoba PNP under the above streams as well as other streams.

Depending upon the scores of the candidates, they are ranked in the Expression of Interest pool. Those candidates who have got highest scores are issued Letters of Advice to apply in draws are conducted time to time from the Express Entry pool.

To be eligible for Skilled Worker in Manitoba stream, the candidate must be qualified Temporary Foreign Workers or international student graduates in the province. To be eligible for the above stream, the candidates should have permanent as well full-time offer from the Manitoba employer, it is one of the main requirement, which needs to be met among all other requirements.

Are you skilled worker and interested to work in Manitoba province, then get in touch with our Manitoba Immigration consultants, they would provide you best options to move to Manitoba to work and settle on a permanent basis.