The bigger role of Provincial Nominee Programs in Canada Immigration 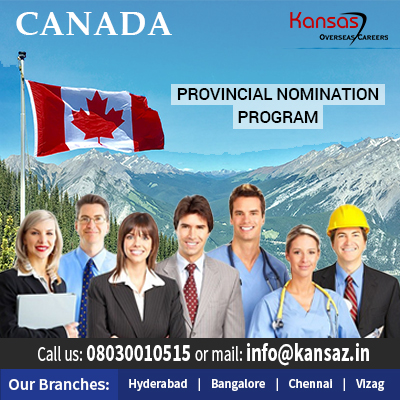 Canada has several visa categories which allow people with different backgrounds to migrate to Canada.  One very important category is Provincial Nominee programs. The immigration quota is increased through these programs. This helps more number of people realize their dream of migrating to Canada.

Understanding the basic concept of this program:

This is one of the quickest ways of getting the Canada PR. This program allows different provinces of Canada to nominate individuals who are keen to settle in Canada. People who are interested in migrating to Canada must note that the Quebec province is not a part of this program. Quebec has a different selection system. Two other territories of Canada also follow their own selection program. They too are not part of this Provincial Nominee Program. Those provinces which are a part of this program have to sign an agreement with Immigration, Refugees and Citizenship Canada (IRCC). With this program, the provinces can invite immigrants who fit into their selection criteria.

The eligibility criteria for this program:

The Eligibility criteria of Provincial Nominee Programs will depend on the province or the territory that the immigrants want to migrate to. This program lets the provinces and the territories have their own specific requirements listed as per the requirement of the participating province or territory. The main aim is to nominate eligible candidates who will settle and work in that particular province. The emphasis is on selecting those candidates who will make a contribution towards the progress of the province and the country.

A look at the enhanced nomination system:

Most of these provincial Nominee programs have at least one stream that is associated with the express entry system. This is the enhanced nomination program. This type of nomination program allows the provinces to nominate candidates from the Canada Express entry system. When the candidate gets a nomination from a province then he gets 600 points. This naturally increases the candidate’s chances of getting an invitation to apply for the permanent resident visa of Canada.  It should be noted that in the base nomination no such points are added to the candidate’s CRS total. The enhanced nomination is truly a super fast way of getting an invitation to apply for the visa. The candidate can first get the nomination and then enter the express entry program. He can also first become a part of the ranking pool and then get the nomination.

As you can see this program is giving some good opportunities to candidates who truly wish to immigrate and work in Canada. It is giving the individual a chance to get the invitation to apply in one of the fastest possible ways. The main aim of this program is to allow a number of eligible candidates to migrate to Canada.

Understanding the formalities in depth is important. This can be done easily if you contact reputed Canada immigration consultants. We at Kansas Overseas Careers have been providing expert advice in Canada immigration from past several years. If you too wish to migrate to Canada but do not know how to initiate the same then contact our immigration experts at the earliest or call 1800-102-0109. They will give you complete details about the different immigration categories and the right provincial nomination program open for you.